RUK-A-TUK-INC. is an indigenous Barbadian company, incorporated on February 02, 1998. This company is located at #1 Massiah Gardens, Lower Carter’s Gap, Christ Church, and engages primarily in the provision of entertainment services for the local, regional and international market.

· Tutoring persons, home and abroad in the playing of the tuk-band. Its regional and international student diversity ranges from, for example, Kingston, St. Vincent to Manchester, England.

· Training doctoral students in the area of ethnicity.

· Translation of documents from Spanish/French to English and vice versa.

The Company thrives on being a major exponent of indigenous Tuk-Band music, participating in all the major festivals and interfacing with thousands of visitors to the island. These activities include:

· Special events like weddings, opening ceremonies and Cruise Ship packages while in dock.

· 1980- The twinning ceremony in Hackney England. 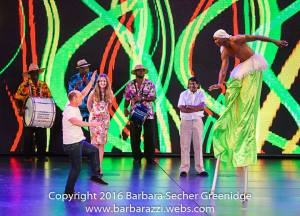 · Drumming Festival in Venezuela and Martinique.

· Festivals in Trinidad and French Guyana.

· Developed stickers as well as brochures on the History of Tuk.

· The expansion of the organization to include bands and other entertainment entities, especially  Steel Pans and Jazz groups.

.  The further education of the young people of Barbados in areas which relate to our Bajan Cultural Heritage and the remnants of our African culture. This has been partially realized through a workshop in Limbo Dancing, Fire-eating and Penny Whistle funded by the European Union and the HRD of the Ministry of Labour, Social Security and Human Resource Development.

. Greater exchange and interaction with other Caribbean entertainment organizations.

TRAINING IN RHYTHM STRUCTURES OF THE CARIBBEAN FOR YOUNG PERSONS (CADANCE)

This company is of significant socio-economic benefit to Barbados in that it not only has foreign exchange earning capacity but can effectively serve as a conduit through which many young people can hone and develop their cultural skills, thereby increasing their entrepreneurial capacity and by extension become foreign exchange earners themselves.

Additionally, its contribution towards the cultural and musical landscape of Barbados cannot be underscored. With the advent of globalization and trade liberalization, there will be a turning to such niche markets as pursued by RUK-A-TUK INC. if small island developing states like ours are to fully capitalize on the opportunities resulting there from.